I thought I should pen a few words in response to many complaints.  Well, one anyway.  I texted my sister a message, “All the children of the nation should be treated equally badly”.  When she came to my house bearing a pair of trousers she asked, did I mean it?  Well, yes and no.

My sister may or may not attend a reading of the proclamation of independence tonight, which includes these words, “All the children of the nation will be treated equally”.  Equally badly is equally, be careful what  you wish for.  Equally badly is also equally well, its just plain equal, funny how people don’t understand English, while speaking it.

My sister may or may not be able to recite the proclamation by heart, including that bit about children, of whatever age.  She may be unaware it contains those words.  I am not responsible for her education.  All words are open to interpretation or misinterpretation, interpretation is in the eye of the beholder.  Some people have a gooey, unrealistic attitude to children, I won’t say who.

Some mistake the proclamation for the constitution, which contains no such words.  The constitution is binding unless changed by the people, over and over again sometimes, keep voting until you get it right.  The proclamation has no legal force whatever.  Anyway, by whom should children be treated?  Their parents, to a lollipop?

As has been said, the phrase children of the nation means orange and green children of any age up to death, natural or otherwise.  People of all ages, in other words.  Adults included.  Is that clear?  Now do you understand?  Words were used differently in them days, more poetically, romantically perhaps.  Or so they say.

When Padraig Pearse remarked how glorious it is to spill blood for Ireland, that’s just how people talked in those days, we are told.  He didn’t really mean it.  Then why did he do it?  Spill blood?  By the way, sister, children died too.  Don’t go all gooey.  Most people did not and do not talk that way, either then or now.   There would be less children if they did.

Romanticism has a lot to answer for, being unrealistic.  It kills.

I prefer life.  No gooeyness, thank you.

Can I have my coat back?  I might charge rent. 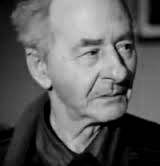